How to integrate burpees into your firefighter workout

Burpees work the arms, back, abs, hamstrings and chest while also giving you a great cardio workout

The first 90 days: Why firefighters leave and how to keep them

The federal budget includes increased funding for AFG, SAFER and VFA, plus resources for the National Firefighter Registry and more

Hand gesture made by Maine FF in photo was due to injury, fire chief says

Rutland Fire Chief James Larsen, who had previously resigned as fire chief of Farmington in Minnesota, is accused of creating a hostile work environment

Two police officers were fatally shot; the Honolulu Fire Department is battling the blaze that spread to two neighboring houses

How to avoid firefighter photo firestorms

MLK Day: How will firefighters observe the day of service?

We are all encouraged to "make it a day ON, not a day OFF," doubling-down on our community efforts

All sworn deputy sheriffs, emergency communications officers and firefighters will be designated in pay grades PS 1 through 26 according to their specialty, where PS stands for public safety 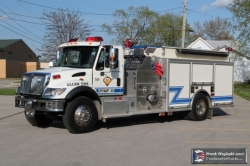 No birthdays this month

If you like Microsoft Office here is a Free Office program to use.

Copyright © 2006-2020. YourFirstDue Inc. All Rights Reserved. Designated trademarks and brands are the property of their respective owners. Content on this web site is supplied by Avilla Volunteer Fire Department. YourFirstDue Inc. cannot be held responsible or liable for any content, text, pictures, or any other media found on this web site. Maintained by the members and staff of Avilla Volunteer Fire Department.
Management Login
Powered by